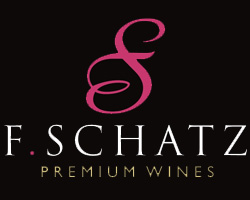 The Schatz family has its origins in Southern Tyrol (Trentino, Tyrol), the German speaking part of Northern Italy near the Dolomites. The family finally settled in the South of Germany, in Korb (state of Baden Württemberg) and has been specialized in viticulture since 1641.
At only 18 years of age there were two things Friedrich Schatz had already clear in his mind: first, that he wanted to continue the family winemaking tradition, and secondly that he wanted to do this in a region with a better climate.
1982 arrived and he started his journey in order to find the ideal place. He travelled through various countries and areas and finally chose Spain, more specifically Ronda, which is geographically located by the Mediterranean but is strongly influenced by the Atlantic. Situated in the heart of Andalucia, the Serrania de Ronda, is an area where the Iberians and later the Romans already cultivated their vineyards, more exactly in the old town of Acinipo (Ronda la Vieja ? Land of Wine).
He found the finca and the house, Finca Sanguijela, with its peculiar name and located in the Sierra de la Sanguijuela. Strangely enough, the initials of the Finca and Friedrich happened to be the same, so it was only natural that the logo of the bodega would be FS. But first he needed to learn the language. An intensive course in Marbella to learn Castillian Spanish as well as the ?practical lessons? with the bricklayers who took part in the renovation of the house, worked wonders for the mutual understanding and his perfect Andalusian accent. The goal was to create a vineyard and a bodega where he could create organic- biodynamic wines of high quality. Lively wines which are full of life. Cared for and produced on the base of traditional wisdom in conjunction with modern techniques. Finca Sanguijuela already had a small vineyard but it was still necessary to conduct tests with the different varieties in order to see which ones would adapt best to the soil and its unique conditions.
All these little details made for a great adventure, especially because Ronda had yet to become a qualified area for growing wine.
It was a long way to go and all this would not have been possible without the other bodegas which were subsequently set up in the area in the following years. The Regulation Council (Consejo Regulador), also contributed to this success by acknowledging the possibilities of an expanded viticulture in this region, not only for the traditional dessert wines and raisin wines but now also for red-, white- and rosé wines.
Years? dedication, steady good work and the growing interest for top quality wines, significant and unique, but also full of life and energy, made it possible to make progress day after day.
The secret to do what one desires is a good mixture of illusion, knowledge and a lot of hard work.
Thirty years have passed, the family has since grown, and the new generation draws on the wisdom of grandparents, who still continue to help and teach us every day.
Luckily nature with its immense generosity takes care of all the rest.

3 ha on 700m sea level, south faced own vineyard, organic, biodynamic, natural working. Soil 60% sand, 20% limestone, 20% clay.
Density 5.000 vines/ha, production 5.000kg grapes/ha, prunign doublé guyot in spalier frame.
Continental climate, average rainfall about 500-800 ltr./year.
In Winter the deepest temperatura on night can be -15°C, and the same day with sunshine can rise up until the day to +25°C.In summer the day termperature is about 30-35°C, and in the night it goes down to 14-16°C.
We are working/testing also with the indigenous Andalusian red wine grape varieties like: Rome, Blasco, Melonera, Tintilla de Rota.

We are working in our cellar only with mechnical things: crushing, pressing, racking, ageing in vats, inox and oak barrels.
Acoholic fermentation with indegenous, wild yeasts, ageing with the fine yeasts doing battonage.
Doing wine only from grapes with the help from oak barrles.

Fermenting with indigenous yeasts, all wines do the malolactic fermentation also White y Rose.
Ageing "sur lie" with "batonnage" in old and new french, slovenian and american oak barrels.
Long ageing in bottles for the Red Wines.
S - Chardonnay "The most exotic Chardonnay in the world"
C - Pinot Noir "The most southern Pinot Noir in Europe
H - Acinipo "Our flagship, we are the only winery in Spain producing 100% Lemberger"
A - Finca Sanguijuela "Our Coupage with Tempranillo, Syrah, Merlot and Cabernet-Sauvignon"
T - Petit Verdot "Petit Verdot which completely ripens"
Z - Rosado "made of Moscatel Negro grape, unique in Spain"